Now don’t get me wrong, I am loving Virginia.

Every night as I drive home the mountains seem more beautiful, the stars brighter.

But there are a few things that I simply cannot understand.

One of them is the way people here run their thermostats.

In Canada, at least from my experience, if the temperature is freezing then the thermostat gets turned up just enough so that if you wear wool socks, leggings, and warm sweater, you can spend a whole day at home without you toes getting frostbite and falling off. In the summer when the temp go up to say 95 (yes it does get that hot up there) then you might turn up the AC just enough so that you don’t leave sweat footprints all over the kitchen floor. You live with the outside temperatures, only adjusting for survival purposes.

Here, if the temperature is above the 90s, people grab that thermostat switch and flip it down to around 70. Not even kidding. Every house I’ve been too in the last three days has had their house temp to be about 72 or so. Its ridiculous. Why in the world do you have summer here anyways? Might as well move the whole state up to the north pole for the summer and freeze there.

I’m now taking a sweater with me when I go visit people since I don’t particularly like trying to converse while my teeth are chattering.

So I taking a mental leap by assuming that , come “winter”, when it might actually get down into the 70s outside, people are going to jack their thermostats up to 90, and sit sweltering away their money in heating bills, complaining about the shockingly low economy.

Oh, and another baffling item.

Say you go visit someone—you walk into the door (being blasted by a rush of icy air) and are warmly welcomed by the hostess of the house. The warmth of the welcome make up for the icicles forming on you eyelashes.

“Ya’ll want something to drink?”

And then before you can reply she shoves a glass of some tan liquid into your hands. You taste it. You think somehow she must have got the syrup bottle mixed up with the juice pitcher. But then you learn that no, it is not to go on your morning pancakes, its called “Sweet tea”.

Yeah, no kidding. Sweet enough to rot all of your teeth in one gulp and send you skittering up the walls until dawn. And they drink it like its glorified water—or some magic potion—by the jugfulls.

Hot? Have some sweet tea? Thirsty? “Here, have some tea” Popped in for a minute? “Have some tea before you go.” Don’t want any? “Here, just have one glass.”

But the thing that puzzles me most is what their bodies do with all that sugar. All that white sugar has to be killing something somewhere. And they don’t even have free healthcare to pay for it when it does. Maybe the freezing temperatures they endure all summer help to burn it off, I don’t know.

On another note, Emily murdered Clark.

Emily is my roommate, Clark was one of my best friends. He isn’t totally dead, but he had suffered some extensive wounds from the attack. All three of his arms are missing chunks, and he had become rather vocal in his complaints. But I still love him and I still consider him the best fan I’ve ever had.

We bought him the first Saturday after I moved down. We needed fans to keep our tiny trailer from becoming a supersized sauna and so when we spotted him at a garage sale he caught our attention right away. He originally cost 12 dollars, but Emily bargained and got him for 8. He was the best. Mostly because he is quite large, as fans go, and very powerful. He sat at the back door and blew merrily away hour after hour, creating lovely little breezes and humming a soothing tunes.

Then, last night, Emily attacked him from behind. Coming in through the back door with a load of bedding she tripped over him and sent him shrieking in all directions. His wire cover came off and all his blades have pieced missing. And he now rattles quite horribly. But something else happened to Clark in the accident that is most unusual.

He can now walk.

Something in his innards is messed up in such a way that when you turn him on he slowly scoots across the floor. I set him in front of the door this afternoon and when I can back a few minutes later he had managed to make his way all the way down to my bedroom door and was tugging on his cord. It alarmed me at fist since fans aren’t supposed to be able to move like that and I wondered if someone had come sneaking in while I wasn’t looking. But no, I soon discovered that Clark is now mobile. The only bad this about this new ability is that he is much harder to manage. No matter where you put him you never know where he will end up next and this can cause some very animated arguments between us.

But I always forgive him, since I am so gratefully he still blows, even with all the creaks and groans.

And I have poison ivy. I’ve never had poison ivy before and I always had this secret desire to know what is like. Now I do. It’s very itchy. And it is very ugly.  Disappointing really. I just want it to go away now so I don’t have to have people staring at my arm weird-like when I go into town.

And deeper than peeling skin and painful sores, I just want all the ichy and ugly things in my heart to go away too, you know?

He keeps showing me more, and its worse of a mess than I dreamed.

How can we be so immature inside and still have hope?

If camels can go through needles, I guess elephants can too.

3 thoughts on “Clarks death and such” 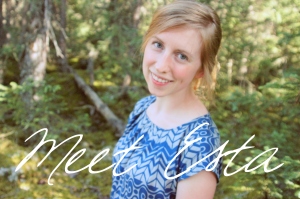 I don’t want to write something touching about it being almost a year since you died.
”If there is anywhere on earth a lover of God who is always kept safe, I know nothing of it, for it was not shown to me. But this was shown: that in falling and rising again we are always kept in that same precious love.”
It has been five months since physical illness left me unable to get off the couch and triggered panic and anxiety that was unexpected and debilitating. It has been a month since I said goodbye to my cousin/friend @matthewgingerich for the last time. Our grief is raw enough that it feels impossible to be engaged in witnessing worldwide anguish as well. It is overwhelming to hold both personal and collective suffering isn’t it, especially in an age of information? I’m confident that we are all held and sustained, no matter what suffering we face, in His enduring love and goodness, and I rest in that.
It’s been a while since book recommendations have shown up here. And both of these are a little outside of genre for what I typically highlight in this way.
“I think it started with my father. He took me for long walks and explained things to me” ...
I’m a nurse not a teacher. Not by nature, skill, or learned vocation do I thrive as instructor, but here we are another year completed.